Skip to content
Home/articles/Part three: Children and iDevices. The effects of iDevice use, little brains and neuroscience
Previous Next

Part three: Children and iDevices. The effects of iDevice use, little brains and neuroscience 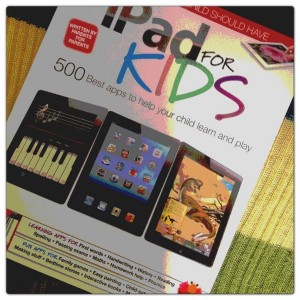 This post is part of my Children and iDevices 5 part series.

The effects of iDevice use, little brains and neuroscience.

Touch screen devices – and before them TV and video games – have been of great interest to paediatric neuroscientists and researchers for many years.

One of the justifications for allowing early iDevice use is that children will learn their ABCs and 123s faster than their less fortunate counterparts. In ‘What to Expect the Toddler Years’, Eisnsberg, Murkoff and Hathaway write, ‘While children who have had some number experience before school may enjoy a temporary edge, studies show they don’t retain it, as other students quickly catch up’. So… while early use is linked with some temporary benefits, there is also a cost…and one that far out ways the advantages.

In ‘iPad mini will be bad for your kids’, Kit Eaton from the New York Times writes, “Inactivity associated with TV and computer watching is connected with developmental issues, mobility issues, and health issues to do with diet, diabetes, and other issues. There are also psychological concerns related to depression, disengagement, poor social skills, and damage to a child’s ability to empathize.”

Kevin Donnelly states in ‘Educating your child… it’s not rocket science!’, ‘The danger is that too much time on computer games, watching screens and surfing the net damages the way we process information and the way we think. Unlike printed texts that require you to focus on the words, concentrate, read carefully and sit quietly, TV and computer screens are full of colourful graphics, ever changing images, sounds and lots of movement.”

Many parents are noticing that their children enter a trance like state, commonly known as a ‘flow experience’ in the world of psychology. This often happens when children watch TV, play video games or become engrossed in their favourite toys. Technology guru, Ben Worthen suggests that when playing with toys such as Lego, it is the child who makes the choice to end playing, however, with touch-screen apps, the game decides when the child will end. It becomes increasingly difficult for children to stop playing because of the dopamine reward in the brain that they experience.

Dopamine is the chemical associated with pleasure. Many of the apps aimed at children, including the ‘educational’ ones, are designed to stimulate dopamine releases. These encourage children to keep playing by offering rewards or exciting visuals at unpredictable times (Worthen, 2012) . Philip Newton, neuroscience lecturer at Swansea University, describes dopamine as a ‘neurotransmitter, one of those chemicals that are responsible for transmitting signals inbetween the nerve cells (neurons) of the brain. Very few neurons actually make dopamine.’ Altered levels of dopamine can cause a range of symptoms and issues. Some of these are known to be Parkinson’s disease, Attention Deficit Disorder (ADD), psychosis and schizophrenia. Dopamine is also linked with addiction. Tony Dokoubil, in ‘Is the web driving us mad?’ writes, ‘Dopamine also plays a role in addiction, because it is part of the brain’s system of motivation. Some drugs stimulate its production, leading to increased levels and a corresponding high. When the drug exits the system, it leaves behind a sense of depression and a slowdown, which can only be remedied by increasing levels of the neurotransmitter again. The brain quickly learns to seek out drugs that will stimulate production, leading to addiction’.

Comparable to children’s physical, emotional, social and psychological development, the early years of neurological brain development are formative. Why then, would we introduce them at a young age to using something that could potentially have long lasting effects and consequences on their health and well-being?

If we want our children to grow healthy brains and have a solid sense of all round physical, emotional, psychological and spiritual health and well-being, their little brains need their primary relationships to be with human beings – not with iPads, iPods & iPhones!

Coming soon: Part Four: The winter of our disconnect.

Donnelly, Kevin, (2013 to be released), Educating Your Child … it’s not rocket science! Connorcour cited in Digital age is dumbing down our children. The Australian. Retrieved from http://www.theaustralian.com.au/national-affairs/opinion/digital-age-is-dumbing-down-our-children/story-e6frgd0x-1226436959981

Dokoupil. Tony, (2012), Is the Web Driving Us Mad? The Daily Beast. Retrieved from http://www.thedailybeast.com/newsweek/2012/07/08/is-the-internet-making-us-crazy-what-the-new-research-says.html

Eaton, Kit, (2012), iPad mini will be bad for your kids, Fast Company. Retrieved from http://www.fastcompany.com/3002200/ipad-mini-will-be-bad-your-kids-discuss

Over the last 15 years, Jodie has helped 100s of women to transform their lives.

She has a private counselling, life-coaching and psychotherapy practice in Manly and Allambie Heights on the Northern Beaches of Sydney.

Jodie is passionate about putting the soul back into therapy!

Sign up for some SOUL in your inbox (aka. latest news, blogs and workshops).