How An Abusive Relationship Can Impact Your Self-Esteem & Self-Image. 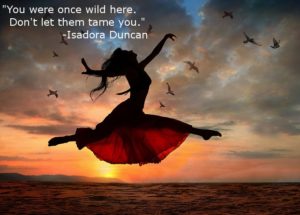 Welcome to my guest blogger series Women and the Body.

This post is by Alison Howarth, owner of Penrith Counselling.

Alison has been a counsellor for women in domestic violence for over eighteen years. She believes passionately in women living free and joy-filled lives.

Alison has spoken at National and International Conferences about her research into the impacts of domestic violence, and her research articles can be found at Australian Policy Online. She supports and nurtures women with strengths based counselling, narrative therapy and mindfulness based cognitive therapy. Alison is a member of the Australian Counselling Association.

Self Esteem in an Abusive Relationship

In this article I’m going to explore how the dynamics of an abusive relationship can severely impact a woman’s self-esteem and self-image. While I am aware that men can experience different forms of domestic violence, my work is with female survivors of domestic violence so my writing is gendered to reflect that.

So what is domestic violence? There seems to be a lot of confusion about that, especially amongst the women who are experiencing it. Heartbreakingly, women have said things to me like “Well, he hasn’t put me in hospital, so I don’t think it’s that serious,” or “I don’t think it’s domestic violence because he hasn’t hit me in years.” In fact, an abusive relationship is a relationship with an intense power imbalance and where you feel unsure, helpless, emotionally unsafe, or trapped. An abusive relationship is one in which you are regularly blamed, ridiculed, or made to feel stupid or fat or ugly or (insert shame-word here).

The Dynamics of Domestic Violence

Of course, these feelings and dynamics take time to develop. The beginning of an abusive relationship will start out like any other. Many women wonder why they didn’t realise from the start that it would turn bad. But, unless you are superwoman with psychic abilities, there is usually no way to tell. An abuser will not come with a warning label! No abuser is going to tell you on the first date: “Oh hi, my name is Harry and within about 6 months I’ll be treating you like crap.” You’d run a mile right? It never, ever happens like that. In the beginning everything is roses and moonbeams. And when the abuse does start, it starts with tiny little steps. The first sign of abuse won’t be a black eye or a screaming tirade. It will be something completely excusable like a flattering jealousy, or a seemingly tender need to track your daily whereabouts or monitor your shopping habits.

When the first barbs do begin sliding in, they too will be phrased in such an ambiguous way that it is very difficult to pinpoint, even with the benefit of hindsight, where or when the abuse actually started. This is a story of manipulation, and manipulation is at the heart and centre of abusive relationships. The most manipulative of abusers will use your own fears and doubts against you, and sadly, it is often these fears and doubts which drive the fluctuations of self-esteem. Indeed, one of the first casualties of an abusive relationship is the woman’s self-esteem and sense of self-worth.

The Individuality of Self Esteem

One of the most damaging influences on our self-esteem is our own inner shame voice. This voice is the one that says to us “You aren’t good enough.” It’s the voice that holds us back from being our best person, scares us from striving to reach outside the box, tells us that we won’t succeed so why try? In an abusive relationship the perpetrator is also the inner shame voice made manifest in your world. The message can be seductive, infuriating and helpless making. And always damaging to your self-esteem.

The three things that help shame thrive are secrecy, silence and judgement – and these are the hallmarks of an abusive relationship. The most common emotion of a woman in domestic violence is shame and shame is highly correlated with addiction, depression, eating disorders, anxiety and suicide. All of which makes her more vulnerable to the manipulative tactics of the abuser. It is one of the nastiest vicious cycles in the world.

So if your world is dominated by a partner who shames you, ridicules you, makes you question your decisions and capabilities ….. how robust do you think your self-esteem could be? Particularly when the abuse is coming from a person who will later that day, or week, profess love, support and kindness (while sneaking in a little emphasis of your faults and perhaps planting a seed of doubt that no one else ever would want you.) And if you have a vulnerability such as existing trauma, childhood abuse, mental health issues, or problems with substance abuse then the abuser has a ready-made target to aim for. And no matter how many gains you have made in your life in regard to those vulnerabilities he will hurl them at you as further proof of your imperfection and his amazingness in putting up with you at all. The dynamics of the abusive relationship are such that it is in the abuser’s best interest to keep his partner feeling as worthless and powerless as possible.

Feeling of worthlessness and powerlessness are hugely correlated with depression, anxiety and a low self-esteem. Low self-esteem in the context of domestic violence often translates as the woman feeling ugly, stupid, fat, lazy – body-image is one of the favourite targets of abusers. While a woman may know intellectually that she isn’t fat or ugly or stupid, the driver of body-image is emotions, and in an abusive relationship these are under the manipulative control of the abuser. Self-esteem and body-image become drowned in thoughts and emotions of worthlessness. All of which make it even harder to leave the abusive relationship.

Recovery from an Abusive Relationship

However, when a woman has reached the point where she can’t take the manipulation and abuse anymore she will usually leave the relationship. This is an incredibly difficult and brave thing to do because she must fight not only his psychological tactics of fear and intimidation, but also her inner shame voice which has been reinforced and strengthened by him over the span of the relationship. It is as much a victory over self as it is over the abuser. For many women recovery from the abuse is halting and suffers the setbacks of self-doubt, self-anger and fear of retaliation. It isn’t easy to throw off the chains created by years of psychological harm, but please believe me that it can be done.

You have the strength and power to find your own self again, that inner spark that is so unique and special in this world. You can find your own path, your own light. You can embrace life again; the common place and everyday details that are yours to enjoy in freedom.

If you are struggling with any of the concerns mentioned in this article, contact Alison or a therapist in your area who specialises in domestic violence.