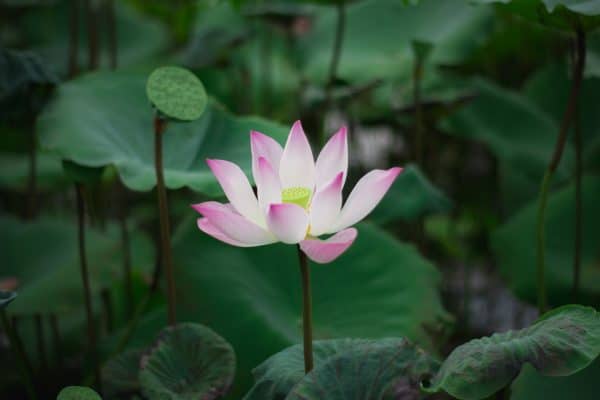 Many of us have felt deep emotional, psychological and spiritual suffering at some stage in our lives. And most of us could do with someone to talk to. Yet a recent Australian study through UNSW found that only a third of people with psychological problems sought counselling or psychotherapy. This is a major concern considering “Australians reported significantly higher levels of psychological distress in 2012, with nearly a quarter (22%) of respondents reporting moderate to severe levels of distress this year (APS, ‘Stress and wellbeing in Australia in 2012’). The World Health Organization suggests that 350 million people worldwide suffer from symptoms such as depression, yet only 20% receive treatment.

As I wrote in my last post on National Psychotherapy Day, ‘it often takes a life-threatening health scare, a rock bottom or major life crisis before seeking and committing to therapy.’ There is far less stigma when we visit the doctor for physical complaints than there is going to a therapist for our emotional, psychological and spiritual concerns. How often do we hear, ‘I’m going to be late for work, I have a therapy?’ Rarely, if ever!

The American Psychological Association suggests that a lack of understanding about what is involved in psychotherapy, attitudes in society, a lack of recognition of the effectiveness of psychotherapy and the growth of the psychopharmacology industry (medication) are some of the contributing factors to the stigma attached to therapy. Another area of concern comes from within the helping professions via stigmatizing labels, language, medical diagnoses and the pathology of everyday emotional, psychological and spiritual concerns.

Diagnoses, labels and language can add to stigma

Diagnoses of symptoms that supposedly point to mental illnesses and/or mental disorders can be really helpful for some people but for many of us, disease and symptom orientated labels for what is essentially a response to trauma, are experienced as limiting and as a reduction of our wholeness. For others, diagnoses can lead to self-perpetuating behaviours and a sense of having no will or choice. Noah Rubinstein from Goodtherapy.org proposes that being diagnosed in such a way suggests that we are fundamentally flawed at the core. He argues that we are not.

The medical model which uses this style of language is the underlying model in the ‘Diagnostic and Statistical Manual of Mental Disorders’ (DSM-IV, 1994). It is used extensively in psychiatry and has crept into many psychological approaches. Widespread criticism of the medical model for everyday emotional, psychological and spiritual concerns, suggests that it perpetuates stigma and reduces us as humans to one dimension of our being. It also doesn’t allow for the ordinary diversity that exists among us (Encyclopaedia of Mental Disorders).

The latest edition, the DSM-V, is the topic of further criticism and debate, some of which is coming from within the school of psychiatry itself. Psychiatrist Allen Francis warns us that if the latest version is published as it is, it will lead to the medicalization of normal human emotions.

A major problem with one dimensional treatment is whether our concerns are being intervened and cared for, at the right level. There is widespread criticism regarding symptoms such as depression being treated only at the physiological level through medication, when in many cases, the underlying motivation for the depression may be a loss of hope, value and meaning in life – all of which are considered spiritual concerns.  Likewise, using a ‘fix it’ or ‘get rid of it’ approach to our symptoms can fail to address our wholeness. Their limitation is rooted in the fact that they primarily focus on parts of who we are, for example our thinking or our physiology, and not our whole self.

In many cases, symptoms such as depression, anxiety, addiction and eating problems – but to name a few – are not in need of a ‘cure’ or a ‘fix’. Rather, they are sought to be understood as a call from the deeper or higher Self towards transformational growth and realization of our wholeness, inherent goodness, worth and beauty. Symptoms often subside once the underlying cause is worked through and integrated.

When our symptoms and their underlying messages are missed by using one dimensional treatment, it can lead to symptom switching or the symptom may become exacerbated. Another problem is ‘revolving door syndrome’ and is widely recognised within the Medicare Mental Health Plan system.  It is not that medication or certain techniques used such as cognitive behavioural therapy (CBT) aren’t useful or necessary – they are at times – but they don’t address our innate wholeness and the whole story.

In Australia, government funded counselling, psychology and psychotherapy services have long been dominated by these medically orientated approaches. They provide us with little choice in regards to the psychological approach and the therapist of our liking. Master psychotherapist, Irvine Yalom, calls these kinds of treatment approaches ‘economically driven, perforce symptom orientated, brief, superficial and insubstantial…’

When we are reduced to our symptoms we are being pathologized i.e. we are seen as psychologically abnormal. A fear of being equated with our diagnoses and labelled as faulty, broken, sick, diseased, mentally ill or mentally disordered can perpetuate stigma.

A holistic and soulful approach

A holistic and soulful approach takes into consideration all of who we are. We are first and foremost a Self, whole and unbroken at the core. And…we have a personality, otherwise known as the ego. When we are not seen or heard, or when we have suffered emotional, psychological and spiritual wounding and trauma, our life energy – or what we call in psychosynthesis, our will – can become trapped in maintaining cycles of addiction, illness, depression and so forth. This is the cause of much suffering.

From a holistic perspective, the psyche (soul) consists of body, feelings, mind, sexuality and spirituality. Therefore, many of the above concerns would be classed as soul sickness, not as diseases, mental or psychiatric illnesses: all terms used within the medical model.

Psychotherapy, from this perspective is therefore seen as a sacred space where we tend to, and take care of, the soul.

In psychotherapy, courageous and creative soul work happens. We are not broken, fundamentally and irreparably flawed. We go to therapy because we have deep wounds and trauma that need healing. If we are going to fight the stigma that still exists around entering into psychotherapy, we need a whole person approach and a softer,warmer, feminine and more soulful language that reflects the actual work that takes place inside the therapy space.

This blog is part of my Therapy Rocks! series.